Yes, you read it right. I have declared that 2019 is the year I stop pee-peeing my pants. LOL No, I am not 3 or whatever age kids stop doing that; instead, I am old like Dracula during a midlife crisis. If you have every stopped by my blog, Facebook page, Twitter of whatever you would know that I suffered 6, yes, six surgeries on my right foot. Now, after three miserable years on bedrest I spent the last year running to the bathroom and wearing those embarrassing female undergarments. My panty life sucked. Worst, my self confidence kind of took a hit walking around in public wearing diapers. I mean really who wants to take advice from a grown up that can not hold their own piss.

I knew I hit a low point the day I forgot to wear those female undergarments. I was on date with my love. We were on the road for like twenty minutes when I told him we need to stop. My husband whisked off the highway to the nearest gas station, so I could drop it like it is hot.

I ran, ok more like did a mummy shuffle (remember my foot is still suffering so running is a no-go) into the truck stop. To my shock, there was a line and only two working toilets. One toilet was occupied by a mother with two small kids. It sounded more like a circus. With the little voices asking questions, “What’s that?” “Why?” “How?”

In front of me stood four teens or preteen girls chatting and looking at social media on their phones. There I was behind them legs crossed and doing that little bounce thing that kids do when they really are about to go. I was holding my breath not just because someone was dropping toilet biscuits, but because I feared the extra pressure of oxygen in my lungs would be the exact amount of weight to give way to my own Hoover Dam crashing.

The snappy lady behind me remarked, “Nothing is going to help. Those girls in front of you are going to take forever. You know? That’s what teens do.”

“Well, I’ve got to go. I mean it. I really got to go. The last thing I want to do is walk out of this truck stop with a huge wet spot on my dress and piss on my toes.”

“Then you should have stopped sooner.”

With my back turned to her I rolled my eyes.

With every ounce of my unused energy, I wanted to prove to this inhuman cruel woman that she was wrong. I had to proved that there was some dignity in this world. That is when I leaned toward the girls in front and said, “Girls, I will give you $20 if you let me use the bathroom before you. They all stared at each other with wide eyes and replied, “sure.”

Instantly, of the occupied stall doors opened. I ran inside. We all know what happened next. I could hear the snappy old lady that was behind me mouthing off. I was so proud of myself, not for showing her that I could convince four teen girls to let me go in front of them, but that I did not have to walk out of the truck stop with piss running down my legs. I also proved to that old negative lady that some empathy still existed in this world and it did not have to cost anything at all.

I finished what my body had started on the highway, washed my hands and went directly to the ATM. I took out $20 and found the young sympathetic girls coming out of the ladies room. I handed them $20. “Thank you.”

“I insist. I know it is not much for the four of you, but please share it and get some snacks or something.”

Then I turned and walked away. That was the moment that I decided in 2019 I would undergo surgery to stop peeing my pants. Praise God that all goes well in 96 hours. 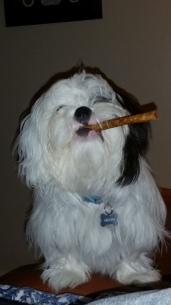 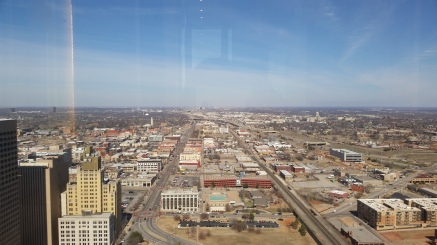