Vern went to her father’s bedroom door to wake him up.  She was surprised to see him dress in his Class A uniform.  The green suit fit snug to his chest.  Upon his left shoulder were the medals and ribbons he achieved in the Vietnam War.  He looked over at Vern. “Did you expect anything less?”

“No, you look good.  Your uniform is a little snug, but otherwise you look very sharp.  You’re going to impress the children.”

“I got up early to shave.  I worked out my kinks in my veteran bones by stretching.  I think I look pretty handsome.  I might even go out for a beer with the boys afterwards.”

“What time is the ceremony at the school?”

“It’s at nine.   I’m part of the flag detail.  The Colonel of the Retiree Commissions is showing a video tribute to all soldiers from WWI all the way to present day Afghanistan and Iraq.  It will last about an hour.  Then since it’s a private school they have chapel.”

“Are you going to stay for chapel?”

“I have to.  Not that I’d want to leave, but you know how uncomfortable school bleachers are.  My back is going to be killing me. Afterwards, we’ll have lunch with the parents, staff and PTO.  The Colonel said if we were going to participate we have to stay for the entire event.  Which is fine, they’re serving Lasagna.”

“That sounds really nice.  I would’ve liked to have come.”

“I know that.  I was just saying it would have been nice to see you in the ceremony.”

“We’re paying a photographer to take photos.  You know most of us vets can’t focus or bend down for that matter so we’re paying someone to do that. Us men and women have battle wounds.  We’re not just a bunch of old guys.”

“Got it daddy, I need to get dressed.”  Vern went to her room.  She was getting dressed, but she could not find her shapewear.   Frustrated she took everything out of her dresser.  She was about to give up when she had an odd thought cross her mind.  She went downstairs.  She approached her father.  “Daddy, how did you fit into your suit?”

“I used your griddle, of course.”

“Daddy!  I need it!  You’re going to stretch it all out.  That stuff is expensive.”

“Come on Vern!  You know I need to look good today.  I forgot to lose a little weight.  Don’t do it for me. Sacrifice your griddle for the ceremony and the kids.” 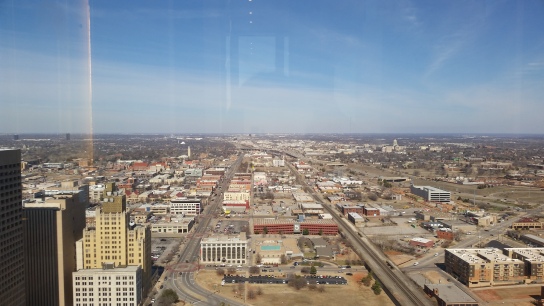