Vern and her father were at the mall shopping.  Vern felt her father was in serious need for athletic pants.  Her father was comfortable in his normal attire of jeans with button-down shirts.  He did not like the fact that Vern was attempting to change his style. “Vern, I don’t need stretchy pants.  Those are for young, old and sport fanatics. I’m none of those people.”

“You’re right, you’re not, but yes you’re getting athletic pants.”

“I look good in my jeans.  I’ve been wearing jeans every single day since I retired from the Army.  There’s nothing manly about a man wearing parachute pants. You can hear them walking; you know? The pants whistle like swish, swish, swish…”

“Daddy, they are not stretchy pants, parachute pants or anything your crazy head comes up with.  You need some athletic pants to wear around the house.”

“You’ve forgot.  I don’t wear pants in the house.”

“No, I didn’t forget.  I know you don’t, but after today you will have some athletic pants to wear around the house.”

“But I won’t.  The only reason any man wants to be home is so he can take off his pants, eat, drink, play video games or watch television in his skivvies.”

“Well, I’m tired of coming home finding you in your underwear.”

He sighed.  Vern was looking through the rack of pants in the sports store.  Her father approached her. “I’ve found it.”  He held up a pair of itsy bitsy spandex shorts.  They were so small they made men’s bikini swimsuits look modest.  “Ahh…daddy, that’s underwear!”

“My underwear is bigger than that!  You’re underwear comes to your knees.  Those shorts won’t cover your cheeks or anything else for that matter.”

“Vern, you said you wanted me to wear athletic pants.  These are made for volleyball.  They are stretchy.  They are bright and cheerful.  I bet they’re comfortable.   I like the colors and they have little smiley faces.  My belly can hang over the waistband. That way I don’t get heartburn anymore.”

“Nooo, you are not wearing those pervy pants!  Men are endowed with special elements that should not be disclosed.”

“You’re losing it old man.  We came here to get you athletic pants, so you are leaving with athletic pants not some patch for your private parts.”

“Vern, I’m a war veteran. I’m not an old man.  I don’t want pants.  I want theeessee! I refuse to wear pants in the house and you don’t want me in my skivvies.”

“It’s winter.  You’ll freeze in that.  You could get arrested for wearing those in public.”

“Why?   They’re shorts.  Read the tag.  You told me you wanted me to wear pants in the house.  You never said anything about wearing stretchy pants outside the house.  If I want to go outside I’ll put on my damn jeans.”

“Daddy, most people your age are wearing sports pants.”

“There is nothing sporty about wearing plastic, cotton, puffy, elastic waist athletic pants around town.  Those people are just hiding the fact they’re wearing diapers.  I’m a war veteran, Vern.  I’m not old.  I’ll put my jeans on everyday with same gusto I’ve used for the past fifty plus years.  This is insulting.  I’m insulted.”

“I’m sorry daddy.  I didn’t know you were so passionate about your clothing.”

“Well, what about these shorts?”

“You said you were going to buy me some pants.  I want these.”

“Vern, feel them.  They are soft and stretchy.  I want them.  Buy these shorts for me, pplleeaassee.”

“No.  You’re not wearing those around the house or anywhere else when you already have perfectly good long brief underwear to lounge in.”

“But I want them.  You said yourself that you’re tired of seeing me in my underwear on the sofa.  You took me all the way here.  You threatened me into wearing some diaper covering pants.  Now, it’s your turn to be humiliated.”

“What are you doing?”

“I’m putting on the pants.”  Vern’s father went into the dressing room.  He put one leg into the shorts followed by the other.  He pulled and tugged on the spandex shorts.  The neon colored shorts were getting so stretched that the smile faces were no longer smiling; instead, they looked more like the faces of Frankenstein.  He pulled them all the way up to crevice under his belly. They snapped like a rubber band in place.  Vern was waiting for him outside the dressing room.  She was expecting him to come to his senses and come out fully dressed.  She knew that he was just playing around.  He would never wear something that small.  Then a few minutes later Vern’s father stepped out of the dressing room.

“Oh my gosh! Daddy, what are you doing?!”  She put her hands over her eyes.

“You didn’t believe me, so I wanted to show you the shorts fit.”  Vern’s father stood there in store wearing his black dress socks to his knees, topless, with the volleyball shorts on.  It was apparent that her father was no longer wearing his underwear. The hair on his belly and legs made him look like a Neanderthal.  His body hair camouflaged the volleball shorts to near invisibility.

A sales associate made her way over towards Vern and her father.  She looked at him with shock. “We have a code yellow at the men’s dressing room.”  She spoke into a walkie-talkie.

“Sir, I need you step back into the dressing room.  This is a family store.”

“What?  What’s wrong?”  Vern’s father asked with his hands on his hips.

“Sir, step back into the dressing room or we’ll have to take you by force.”

“These are shorts.  Look!  You’re store sells them.”

“Sure, we’ve heard it all before.”  The sales girl replied.  “Code orange at the men’s dressing room.”  She announced into the walkie-talkie.

“Daddy, just get in the dressing room and put your pants back on.  I told you, you were going to get arrested in those pants.”

He stepped backwards into the dressing room.  Vern talked to the sales girl and manager.  She apologized.  She told them her father was just having a diabetic hallucination.  She paid for the mini volleyball shorts.  Dressed in his jeans and shirt Vern’s father was escorted out of the store by security.  Inside the car Vern’s father looked at his new shorts admiringly while picking off what seemed to be body hair.  “See, I still got it.”

“Come on, Vern!  Didn’t see how excited that girl was when she saw me in these hot pants? I looked good…”

“Daddy, that girl thought you weren’t wearing pants.  I had to explain to her that under your belly and hidden in that bush of hair on your legs and belly was a very small pair of volleyball shorts.  She almost didn’t believe me.”

“Not true, Vern! Not true!  You’re just jealous that you’re father can make sirens go off.” 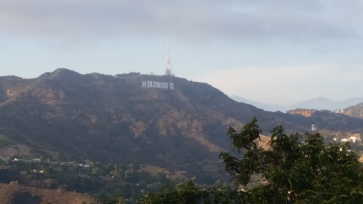